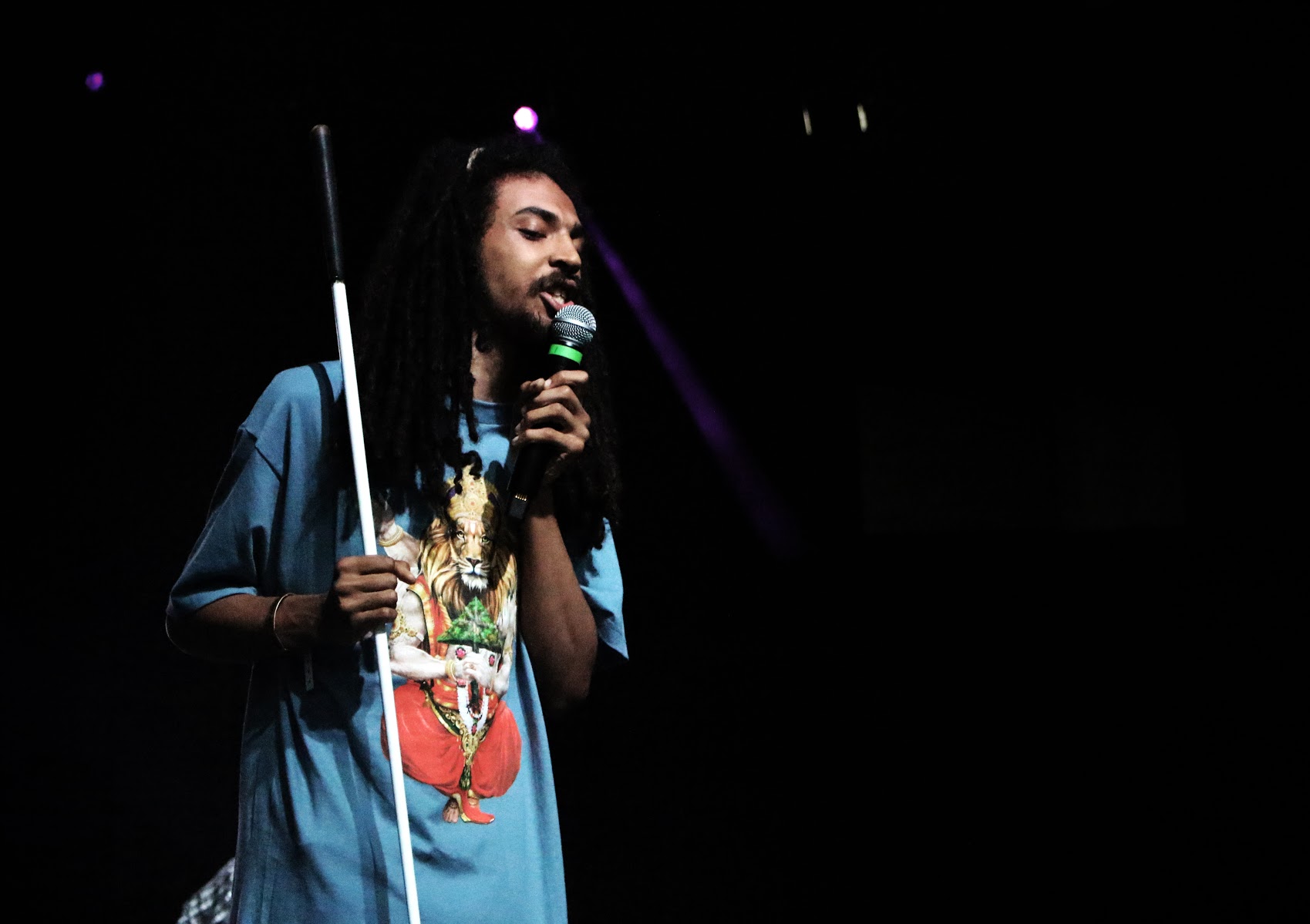 We are so excited to share Question, a blind Artist & Producer will be performing at our book event in Atlanta on Saturday, October 1st at 1PM at OUMA.

We are so excited to share QuestionATL, a blind Artist & Producer will be performing at our book event in Atlanta on Saturday, October 1st at 1PM at OUMA/Oglethorpe University Museum of Art. QuestionATL is among several other artists scheduled to perform.

QuestionATL has been musically talented his entire life, is self-taught on several instruments, began freestyling at the age of 5 and making beats at age 12. He has won over 20 beat battles, winning trips to Grammy Week 2 years in a row & SXSW in Austin. QuestionATL competed in the 2019 Battle of the Beatmakers in Toronto where he was favored to be a finalist. This brought an opportunity to be featured in a documentary with USA Today and an Emmy Award winning journalist traveled with QuestionATL and filmed his journey (to be released). QuestionATL leads a collective of other blind Artists & Producers from the US, Canada & UK named Blind n Famous who frequently collab together and are releasing another project in December. He is a member of SoulFood Cypher, a non-profit that teaches language and expression through freestyle workshops and events. QuestionATL was recently featured by the Recording Academy on Grammy.com and is a founding member of the musical professionals coalition RAMP’D, Recording Artists & Musicians with Disabilities. QuestionATL recently performed in Harlem with a live band which was filmed for another documentary he is being included in.

Join us for our 𝗕𝗢𝗢𝗞 𝗥𝗘𝗔𝗗𝗜𝗡𝗚 & 𝗦𝗜𝗚𝗡𝗜𝗡𝗚 event in Atlanta on Saturday, October 1st at 1PM.

ABOUT THE BOOK: 𝙄𝙉𝙎𝙄𝘿𝙀 𝙏𝙃𝙀𝙄𝙍 𝙎𝙏𝙐𝘿𝙄𝙊: 𝘿𝙚𝙖𝙛 & 𝘿𝙞𝙨𝙖𝙗𝙡𝙚𝙙 𝘼𝙧𝙩𝙞𝙨𝙩𝙨 𝙍𝙚𝙨𝙝𝙖𝙥𝙞𝙣𝙜 𝙩𝙝𝙚 𝘼𝙧𝙩𝙨 gives a rare glimpse into the artists’ practices, inspirations, and personal journeys. The artists live with disabilities from differing communities, including but not limited to the BiPOC, LGBTQIA, and Neurodivergent communities.

OUMA Art for All, Accessibility:
https://museum.oglethorpe.edu/…/art-for-all-ouma-and…/