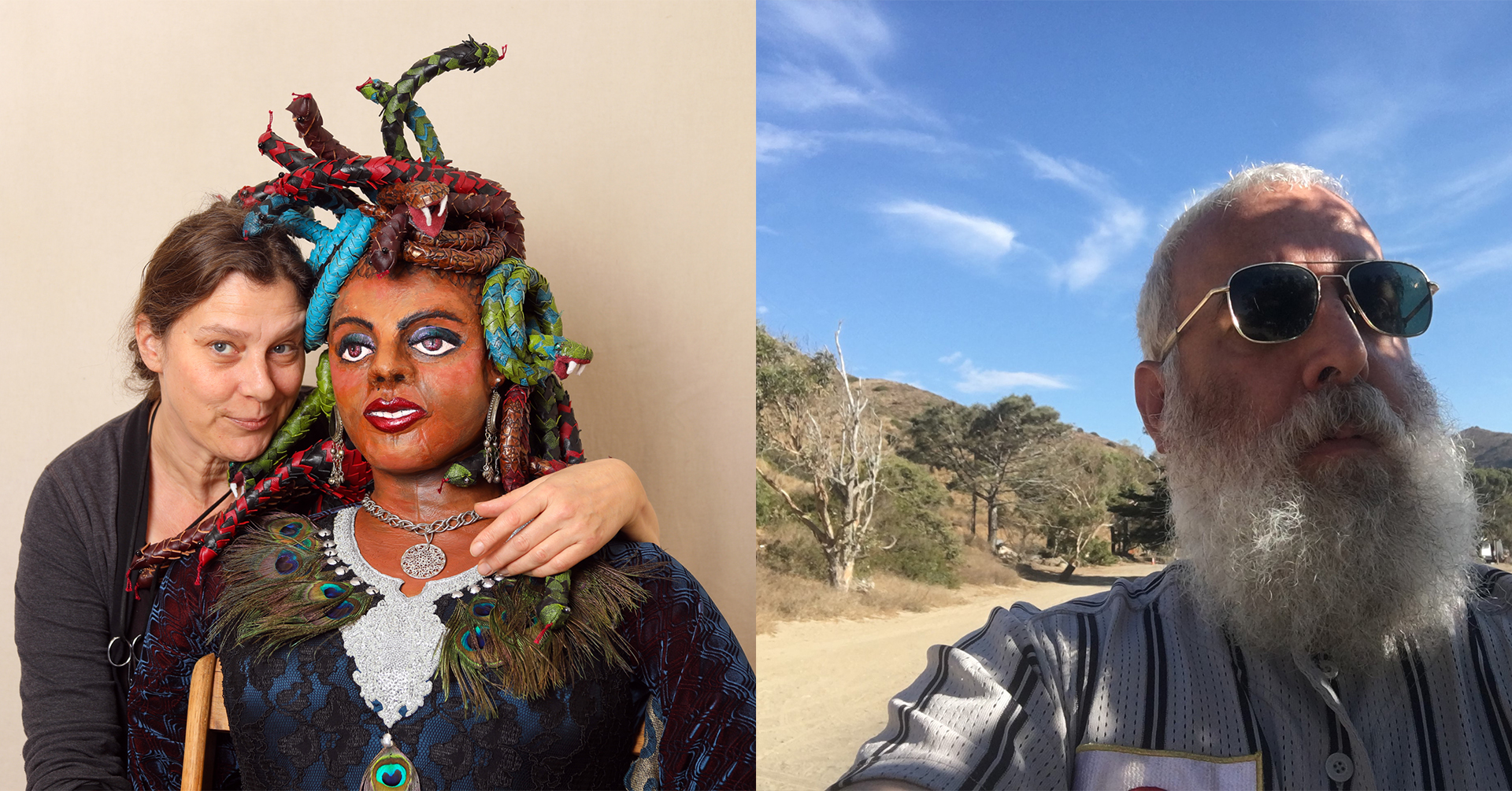 The Ikouii Creative has recently increased its membership by welcoming two new Ikouii Artists, David Isakson and A. Laura Brody.

An outsider artist, David Isakson is a Jewish schizophrenic who lives and works in Oak Park, CA. In 1996 upon returning to the United States from Amsterdam, David started working on his craft, first building a workbench with recycled wood. In 2012, David Isakson began to exhibit regularly, winning prizes in juried group shows for his work. He developed his sense of deconstruction humor and continued to refine his assemblage work. With over 80 shows and 100+ pieces of art to his credit, he has exhibited at BG gallery in Bergamot Station in Santa Monica CA, The Sylvia White Gallery in Ventura, CA, and a solo show titled Relics of the Civilization of Myself at The Blackboard Gallery in Camarillo CA, among others. His work is collected in the United States, and he is published internationally.

A. Laura Brody sculpts for the human body and its vehicles. She developed and curates Opulent Mobility, a series of exhibits that re-imagine disability as opulent and powerful. Her art has been shown at ACE/121 Gallery, Brea Gallery, the Charles River Museum of Industry, Westbeth Center For the Arts, California State University Northridge, Gallery Expo, the Dora Stern Gallery at Arts Unbound, and The World of Wearable Art. Ms. Brody works as a professional costume maker and designer, an artist, and as a teacher. She is passionate about reuse, sustainability, and re-imagining disability.

Ms. Brody is a professional costume maker and designer who came to disability art after a former partner had a stroke.  She was fascinated by adaptive technology, but repulsed by its cold and clinical design. Her curiosity and fascination with how we view disability led her to develop Opulent Mobility, a series of group exhibits that re-imagine disability as opulent and powerful. Opulent Mobility first began in 2013 as a small weekend event at the Bell Arts Factory in Ventura and since then has grown to attract artists from around the world. The exhibits have been featured in the Improvised Life, Create Magazine, Shoutout LA, and on Frances Anderton’s radio program DnA.

To learn more about our new Ikouii Artists, visit their profiles from the Artists Directory.