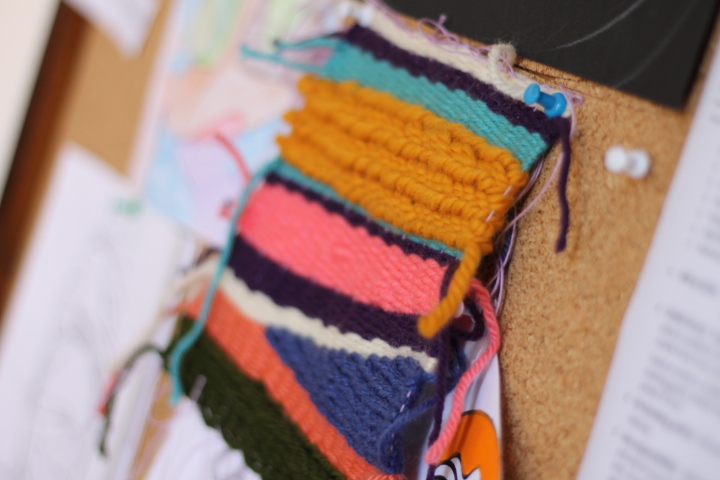 At Green Olive Arts, I was equipped with a studio space in which the feature was a walkout to stunning views of Tétouan, a city located in northern Morocco nicknamed “The White Dove”. The residency provided me with keys to the building, the studio, and an entry code. Each day after a Moroccan breakfast at my riad*, I would walk a few blocks to the the studio to begin creating. One of my goals for my residency was to get back into painting again and possibly start the beginnings of a new body of work. For the past few years I have been primarily creating mixed media sculptural works out of recycled materials. Painting is my original love and I wanted to get disciplined again in the medium. I also wanted to experiment with weaving and explore how it could be incorporated into my current art practice, the sculptures. 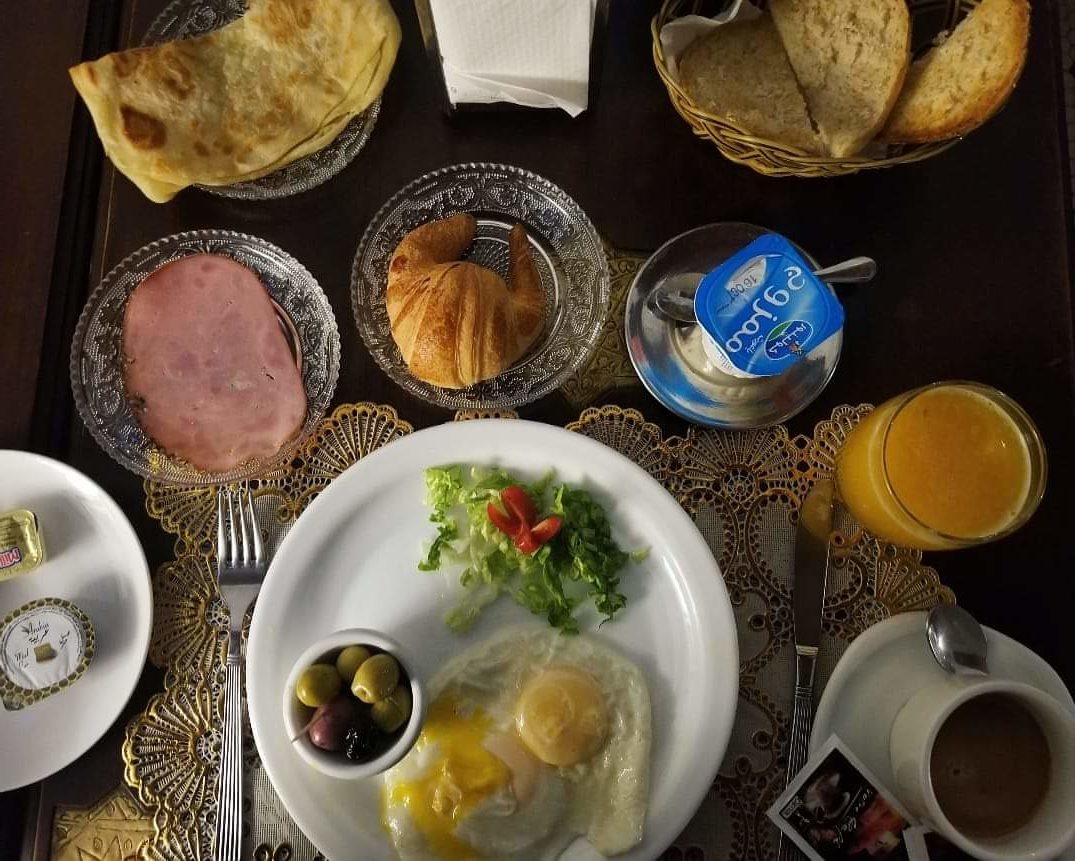 In the first week, I found it difficult to get into a creative flow. It might have been due to jet-lag, feeling overwhelmed in a new space, adjusting to the cultural differences. In the beginning, I felt pressured to create something great and I knew I wanted to deliver something I felt proud of at the ending exhibition – but after a few days, I realized I needed to just be present and take in all that Morocco had to offer. One morning, I stumbled upon boxes of yarn and strips of fabrics at the residency left by previous visiting artists. This led me to weave in my studio for hours at a time. Then I progressed into sketching, writing, and doing color studies while I searched for my flow. Somewhere in the middle of the second week, I became extremely productive and started really creating what would become a new body of work. At the residency, there were other visual artists from various parts of the world. The diversity of ages, cultures, and experience made for exciting conversations, invaluable feedback, and lasting friendships. It was a treat to go outside of the studio on new adventures daily. We often took tours around the city, learning about the history, the culture, and visiting other artisans. A few times, the other artists in residence and I ventured off outside of Tetouan. One weekend, we went to Martil, a nearby beach where we hung out with camels and soaked our feet in the Mediterranean sea.  Another weekend, we made our way to Morocco’s blue city, Chefchaouen. One day, while exploring the markets near the residency with other artists, I met a Moroccan woman who was a deaf-mute. My interaction with her was a unique experience. She communicated using Moroccan Sign Language (MSL) and I used the bit of American Sign Language (ASL) I know to communicate with her. Despite using different languages, we understood eachother so well, the signs were recognizable despite their different variation of the same word. Maybe it is due to the fact that Moroccan Sign Language was created by American Peace Corps volunteers who came to Tetouan in 1987. However, today there is less than a 50% lexical similarity with ASL. She told me in Moroccan Sign Language that she had lost her hearing as a toddler due to a loud noise, that turned into a massive headache and had became mute after the incident then asked me how I lost my hearing. I explained in American Sign Language that my hearing loss was due to a childhood sickness at the age of 1. At the same time, I was translating what the other artists (who by the way are from different countries, which means different accents, making lip reading all the more challenging for me ) wanted to say/ask her in ASL.  She would answer them back in Arabic (being mute, she wrote out her responses on a wall using her fingers). The guide would translate her responses into English….. that’s a lot of languages and translating going around! I wish someone had filmed this interaction! Stay tuned for the next part of this ArtRes Series! In the next post, I will share about the art I created during my residency and what inspired my next series of works! – Aleatha Lindsay Riad – A type of traditional Moroccan house or palace with an interior garden or courtyard.
Art
aleatha lindsay, artist in residence, artres, deaf